On July 10, 2016 IPMS/MOSS member Richard Carroll passed away from complications of pneumonia following a battle with lung cancer.

​      Richard brought a lot of joy and laughter to the Club; he always had a smile and a story for every occasion, and his sense of humor made the stories all the more entertaining! Being a long-time resident of Taney County, he offered a lot of unique personal perspective on the local events and happenings through the years.

​       Richard also brought a lot of historical knowledge about the scale plastic model hobby to the Club meetings through his collection of rare and interesting kits from his side-business, The Styrene Pit!  It seemed that Richard could almost always give the background (original manufacturer, production history, different editions of the model produced through the years, etc.) on many of the kits our members brought to show at our monthly meetings.

​      Richard served in the US Air Force from February 1971 to February 1977 as a Disbursement Accounting Specialist with the Military Pay Unit at Little Rock AFB in Jacksonville, Arkansas.  He reached the rank of Sergeant before getting out of the Air Force.
​
​      Richard will truly be missed -- both as a friend and fellow modeler. 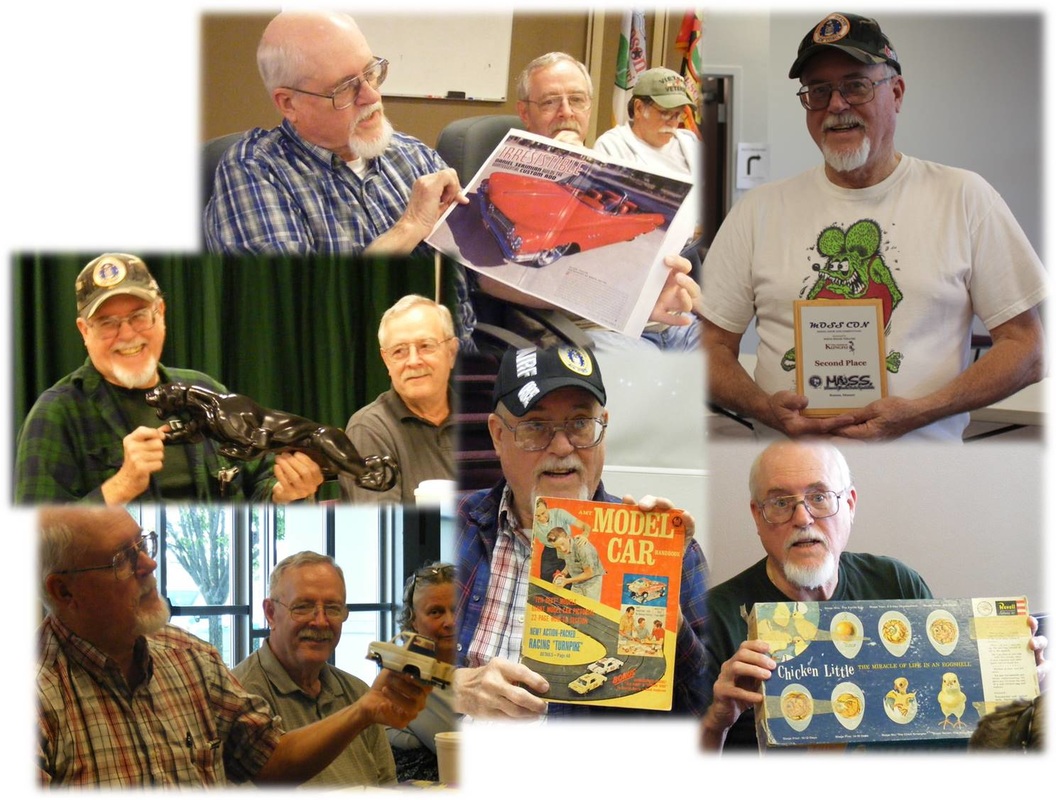 MOSS CON 2017 marks the first year that IPMS/MOSS will be able to give this award.

This award is to honor the memory of our friend and fellow modeler, Richard Carroll, who passed away in July 2016.  The RCMA is awarded to the modeler whose model best represents Richard's style, taste and model building preference.
​
​"Build what you want, the way you want to, and above all...have fun!"

The first annual Richard Carroll Memorial Award was presented to Ken Leslie for his Monogram 1:8 scale 1932 Ford Drag Car, which the judges determined would be right along with Richard's sense of humor in model building!

Obituary:
Don was born in Dixon, Illinois to Donald Holderman and Elizabeth ‘Betty’ Huggins on June 4th, 1941. Don went to school in Dixon Illinois. From 1961-1964 Don was enlisted in the US Army.
Residing in Lufkin Texas, Don was employed at Barrett Mack Trucking as well as Barrett motors as a Service Manager. Upon retirement, he moved to Branson, Missouri.
Don is survived by his sons, Steve and Satomi of Okinawa, Japan, Robert and Cathy from Lufkin, Texas, Mike from Lufkin and Chip from Springfield, Missouri. His sister Phyllis Hagerty of Spencer, Iowa as well as 7 grandchildren and 4 great-grandchildren.
Don enjoyed making models and was a member of modeling club in Branson, Missouri. He also enjoyed fishing and bird watching.

In May of 2018, Les shared this story with the members of IPMS/MOSS:

​       “I just wanted to share something with you...when I was a young boy about 8 yrs old living in Pennsylvania, we had a hardware store called Mackall Bros. They were more of a general merchandise store rather than just hardware; appliances and furniture, etc. as well as model kits, which I visited every time we went there. One time, they had this ship model of the "Great Eastern.” When the real ship was built, it as the largest one in the world...almost 700 ft long and weighed 32,000 tons...in 1858!!! It was used to lay the first telegraph cable between the British Isles and North America.
Anyhow, I looked at it every time I was there. I really wanted it, but it cost $4.98, which was way out of my price range. My birthday was coming up so I asked for it for my present. My Dad said he would stop and get it, but because it was so expensive it would be the only thing I would get and I readily agreed.
I waited for him to get home all day. When he arrived he said that he couldn't find it and when he asked about it he was told that someone bought it the previous day, so he got me two different ones to make up for the one that I wanted. I said I understood and told him I knew he did his best.
I never saw another one....until Saturday [at MOSS CON]...in the same box, with the same picture, and the same $4.98 price on the box end.
I picked it up and looked inside and saw a jumble of loose parts. I was afraid to ask the price, but gathered up the courage fearing it would be way out of my price range...I didn't want to lose it again. Much to my delight he only wanted $8.00 for it, so the price was promptly paid! I knew that I could make any missing parts. But now sitting here going through everything it is virtually complete.
So now 60 years and hundreds of thousands of miles later, I have my model. I just wanted to share this memory and the happiness a box full of old plastic parts can provide. ~Les” 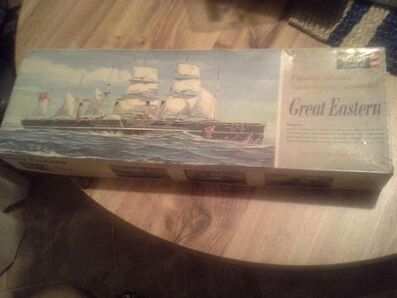